"It was written by P. P. Bliss, a contemporary of Moody and Sankey, and its inspiration was the harbour lights of Cleveland. The first light was built high on Lighthouse Hill, overruling the waterfront, in 1829, replaced by another tower in 1872, which was only three years old at the time I speak of. It has since been abandoned and torn down, though the keeper’s dwellings a fine three-story house, still stands in the heart of the present downtown Cleveland, at West 9th street and Lakeside avenue. 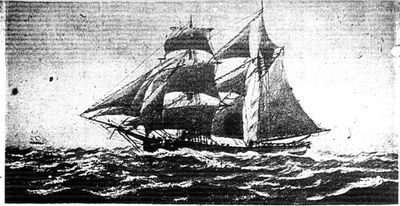