OF Capt. John Spence, pioneer of Southampton and the Saugeen Peninsula, skipper and owner of the Nemesis and other vessels, Mr. Albert Leeder gives this portrait, etched in his memory sixty years ago:

"He would be 65 or 70 the season I was with them in Nemesis, and by memory he looked just like your picture of Capt. Alexander Muir, founder of the Port Dalhousie drydock—yes, just like Muir. Like Capt. Muir, he was a thorough-going Scot, but, unlike Capt. Muir, his Scots tongue was of the 'braid' variety— 'verra braid.' Alexander Muir, on the other hand, could drown a fog-horn, but spoke without a trace of the burr.

"Aboard the Nemesis with Capt. Spence, the others of crew always called me Al, but he called me Val, and when he was turning out after his watch below, before coming on deck, he would look up the cabin scuttle, and if I was at the wheel, he'd say, 'Hoo's she heedin', Val?' I'd look at the compass and give him the course; then, 'Hoo's the wund?' And all this out of the kindness of his heart. He wanted to teach me, a lad of 16, the mysteries of sailorizing, to box the compass, watch the wind, etc.

"He was gruff to everybody alike, a keen business man, honest, but had a good heart. We were lying in Kinkardine, partly unloaded, one morning just at daylight, following a dirty night outside, wind north, a nasty sea running, raining and misty, when we spied a sail making for the pier heads.

"In she came, pushing all the lake ahead of her, the old scow Mary and Lucy, shortly afterwards wrecked at Southampton, though, of course, we didn't know this was to be.

"After she was made fast, one of her crew came aboard us and said they lost a man overboard on the way down. The fore boom jibed over and swept him off the deckload of lumber. He was a new hand, perhaps green at dodging low-swinging booms.

"He was fond of his dried salt cod, and our grocery order always included some codfish. Oatmeal porridge, too, was a favorite dish.

"He loved shooting. Sometimes in a dead calm some ducks would be seen nearby. The Old Man would, bring up his double-barreled gun, and into the yawl. Someone at the oars! How quietly, watching till the duck dives, then, pull quick to where you think he will come up, and shoot when he opens his wings to fly!

"One day the cook was sawing some of the wood nice and short for the cabin stove and the old captain came along and gave an awful enquiring look at the stick of wood I was just going to put the bucksaw into.

"That picture of the Collingwood fishboats brings up fond memories. Of course, us young lads all had a go at the fishing more or less, with the Port Elgin boats, but Southampton had the biggest fleet outside of Collingwood—20 to 25 boats there. Collingwood claimed a hundred in their prime.

"Saugeen River mouth was the home of the Port Elgin and Southampton boats. All went into the river. And, listen, all the fishboats on the Lake Huron shore were square stern, and over on the Georgian Bay they were sharp stern; just why, I never could learn.

"I believe the old captain must have been the man that introduced that model into Lake Huron, for being a boat-builder from Stromness, in the Orkneys, and being the first in the fishing business, it looks likely. And they were splendid boats, 30 feet long, 10 feet beam and lapstreaked. Ballasted with stones, decked at the bow, and a waterway along the gunwale a foot wide. They had centre-boards and used mainsail, foresail and jib. None of our boats used the sprit, but they had loose-footed foresails, like the boats shown in the Collingwood picture you published. But the Manitoulin Indians used the sprit on their Mackinaws for both sails. They were much smaller boats.

"The square stern boat was best on windward work, having more stability and sail-carrying power, but the Collingwood boats could pass them running down wind."

From Norman Robertson's History of the County of Bruce it appears that Capt. Spence's first schooner was the Sea Gull, which he sailed out of Saugeen in 1852 and 1853. In 1854 he bought the Forest, a schooner built by Wm. Rastall at Kincardine in the winter of 1851-52, and which Capt. John Murray had sailed.

Capt. John Spence's partner in pioneering the Saugeen, and in that unlucky voyage to St. Catharines, when their first cargo of fish spoiled in the mild weather, was Capt. Wm. L. Kennedy. They built a little boat at Coldwater and in it made their way to the site of the future town of Southampton. Capt. Kennedy's daughter, Miss Mary L. Kennedy, is still living in Winnipeg, although her father was born in 1813. He was born at the old Hudson's Bay post, Cumberland House, in Saskatchewan. Sir John Franklin in his first expedition to the Arctic by the overland route passed through Cumberland House and was attracted by the curly- headed lad of six. In his stay at the post he taught him to read and write.

He was a man of great force of character and deep religious convictions. Believing that whisky was the ruin of the Indians he refused to barter liquor for their furs when he was in charge of a Hudson's Bay post in Labrador. For this he was forced to leave the country, and in the depth of winter he started across the wilds for Montreal. His provisions gave out and his strength failed and he lay down to die; but an Indian friend brought him through. He later carried the mails (this was in 1858) to the Red River from the Grand Portage. They were taken thither at this time from Collingwood by the steamer Rescue.

Sir I was very pleased to read your reply to the historical version the back of the Bank of Commerce calendar, and, as you are considered an authority on these naval matters I thought I would write and you the following;

Where could I read of any authentic message (British if possible) of the action presumably fought between H.M.S. "The Guerriere" frigate, Capt. Dacres, and U.S.S. "Constitution," Capt. Hull, off Cape Sable, lat. 41.41, long. 55.48, on 19 Aug. 1812, giving the casualties on each side? Please put the reply through your queries column. Thanking you in anticipation,

Natural modesty prevents the addressee saying that the best account of the action between the "Guerriere" and the "Constitution" which he has seen appears in "The Glorious Shannon Old Blue Duster and Other ; Faded Flags of Fadeless Fame," a book on the sea fights of 1812 which can be found in the Public Library. He wrote it. James' Naval History, Volume Five, and Captain Mahan's Sea Power and the War of 1812, and Theodore Roosevelt's History of the Naval Actions of 1812 also give excellent accounts of this battle.

A further inhibition (or exhibition) of the natural modesty above mentioned may prevent the writer doing full justice to a product just received from Messrs. Rous and Mann, Limited, Toronto.

Every so often this printing firm puts forth for private distribution a small volume of historic interest. It is much more than a trade demonstration of the kind of work they do. Each year they choose subject matter of historic value to Canadians which would otherwise be available only to students of research, and in this way they make a material contribution to the culture of the country, besides displaying a high standard of printing excellence. This year their offering to their friends is a board covered book in bright blue and white, with a little gold work, entitled, "Leaves from the War Log of the Nancy, 1813."

The story of the Nancy ought to be well known by this time with thousands of tourists visiting her remains at Wasaga Beach every year. This book is the first public presentation of the original record of the Scot who sailed the Nancy one hundred and twenty-three years ago, carrying troops to the battle of Fort Stephenson, fighting Michigan militia in the rapids of the St. Clair and gales on Lake Huron, and wintering in the wilderness at Sault Ste. Marie. The man was Capt. Alexander Mackintosh, he who took off the head of the negro gunner of the Tigress with one sweep of his cutlass.

The book contains the Nancy's log as he kept it, in 1813, with comment intended to illuminate and not to obscure. It is printed in three colors, with sympathetic illustrations by Rowley Murphy, and it has two clever reproductions of Alexander Mackintosh's signature, the one assuring the reader that "the above was written at Michilimakinac" and the other that it "is correct."

The log book itself has been in the library of McGill University for thirty years, having been bought at a catalogue sale of the L. K. Masson collection of Canadiana. Messrs. Rous and Mann have done Canada a kindness in printing it. 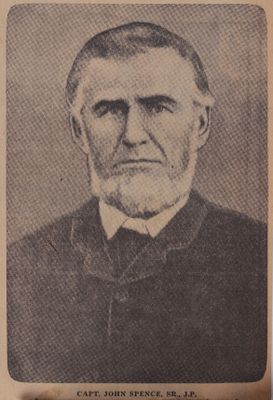