Full Text
For the Nautical Magazine.
FOUL AIR IN A STEAMBOAT'S HOLD.

Gentlemen : -- I take the liberty of sending you some account of a very remarkable experience which I have just had in the physiologcal eflects of foul air, ‚-- such as may be, and in the ease I shall cite was, engendered in the fore-peak of a steamboat on these Lakes.

[p. 91] Early in September, 1854, the steamer "Lady Elgin" struck a rock in the lake seven miles south of this place when sounding for the harbor in a dense fog, and stove off a portion of her bilge-planks. Just then the wind cleared away the fog, and the pier was seen, which she was barely able to reach before sinking. Being called upon to furnish assistance to pump and raise, and if possible to find and stop the leak, pumps were rigged and manned, and I proceeded, with the help of two or three good men, to examine the hold as fast as the water would permit. For this purpose we entered the forecastle, where the deck hands had bunked, and removing a bulkhead which separated it from the fore-peak, we cleared away the rubbish, ceiling, &c., to examine the condition of the outside planking. This place had been used to stow away paint-pots and spare dunnage, and was dirty and filthy. We had already taken the precaution to bore several large auger-holes through the deck above ; and on leaving our lamp at the forecastle stairs to visit other parts of the vessel, we observed that the flame burned very feebly, and, on repeating our visits to this confined angle in the bow, was not long in perceiving that an oppressive, heavy feeling accompanied our exertions in the explorations we were pushing on every side. These feelings, it was subsequently discovered, were common to our assistants. We had entered upon our labors early in the evening, and, after having intermitted our work in other quarters, often returned to this place, where it was expected the leak would most likely be found. My "hands" at last began to speak of a peculiar, curious feeling, running from the extremities upward ; and not thinking anything dangerous could grow in the hull of an old vessel, of which I have handled so many in a life-long experience among their decaying timbers, I felt quite sure that, whatever might be one's sensations, all would be right upon coming on deck into the air. So thought one of my "hands," who made his way up very quietly, and, as I afterwards discovered, left for his house. On coming to the air, he was immediately taken with a most violent diarrhoea, and it was with great difficulty he reached home, distant half a mile, and was confined there for several days, purging and vomiting, as if attacked with cholera. He was a man of [p. 92] powerful constitution. Not long after, another hand was miss- ing, and next day I heard that he, too, had quietly taken himself off to fresher quarters, when, feeling "curiously stirred up," and "somewhat mixed," as he said, diarrhoea set in, and he left for home. A third man followed these two in a short time, and I was left alone. This was in the course of the night. Near morning, after having spent the night in a fruitless search for the broken plank, I made up my mind that if internal sensations were any index of approaching illness, it was time for me, too, to be leaving the boat, so I went on deck, and thence home. I was very ill, indeed, in bed all next day, and did not soon recover -- not being able to render any further assistance towards raising the boat, this was done by others. We have all recovered, except one hand, who still experiences the effects of this night's work on his bowels, and will hereafter be rather shy of the filthy fore-peaks of old vessels. In the case under consideration, I suppose the water-logging aggravated the generation of the noxious gas, for which no means of escape were ever provided for in the construction of the vessel, otherwise this forepeak had long been a wholesale innoculator of disease and death. In all my experience of life, I have never before witnessed such a sure and speedy infusion of poisonous vapor into the system, and have no doubt that there are many men who would have fallen victims to this one night's operations in the unventilated bow of a steamboat, if their lot had been directed to this quarter. 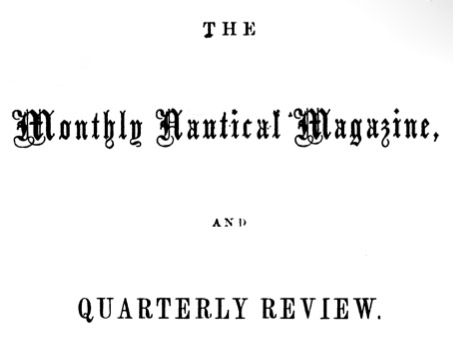