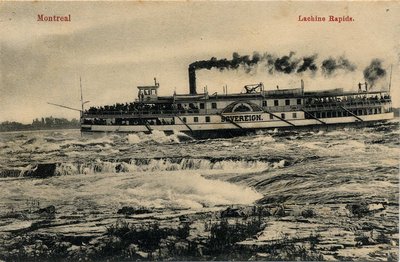 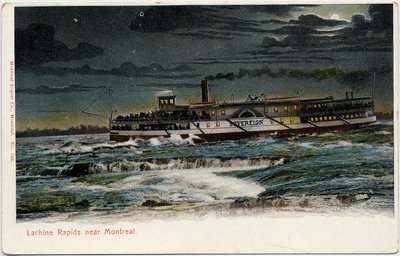 Moonlight cruises were a popular recreational "adventure" at the dawn of the twentieth-century. Postcards were frequently tinted to comemorate the experience. Dramatic clouds would partially cover a full moon (which appeared at every angle of the compass).

This image is purest fiction. No steamboat ever deliberately ran the Lachine Rapids after dark. No one in their right mind would have taken the trip, and no insurance policy would have covered it. 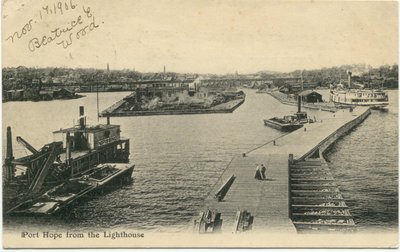 Port Hope from the Lighthouse Details
A rather unglamourous image of a dredge and scows working at the mouth of the Ganaraska River in Port Hope harbour. A scattered few folk wander the wooden pier. 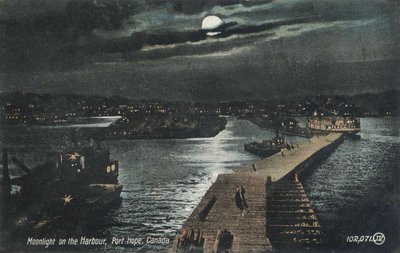 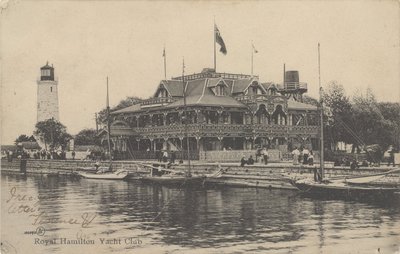 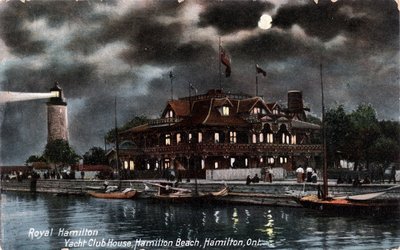 Royal Hamilton Yacht Club House, Hamilton Beach, Hamilton Ont. Details
The image is much more powerful as a night view, with the powerful lighthouse beacon shining out, and the windows providing a warm welcoming glow.
Home Port → Previous → Next
Powered by / Alimenté par